This erstwhile Kingdom nestled in the Western Himalayas was known by many descriptive names – “The Hermit Kingdom” and “The Hidden Kingdom”. 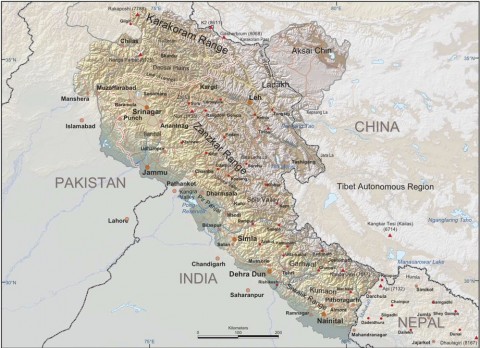 Today the main town ‘Leh’ is connected to other towns by road and by air networks and is no longer hidden.

In most places connectivity – through roads or through media – results in a gradual flood of external influences that eventually wipes out the original local culture. This is the price to be paid for development – a price that selfishly saddens culture enthusiasts like myself.

But, on a trip to the market on my first day in Leh, I observed that the recent infrastructural development had not done much damage to local Ladakhi customs.

Majority of the people in the market – both rich and poor – both educated and uneducated – both rural sellers and urban buyers – wore their local costume – the Goncha or the traditional long sleeved overcoat in maroon or brown. It was a like a school uniform – a common dress that ironed out visible signs of demographic differences. 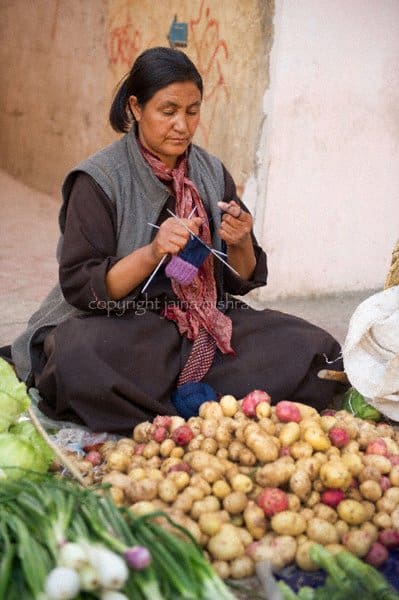 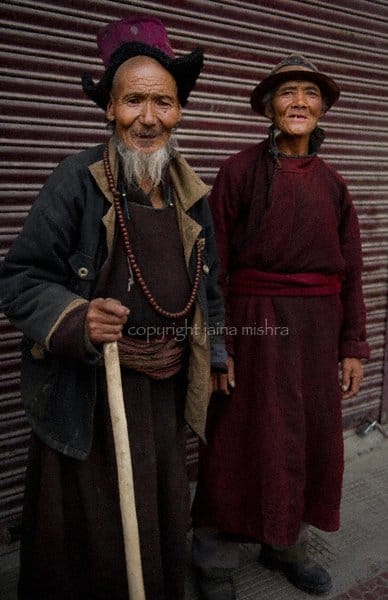 It appeared that the Goncha was the preferred costume of the locals and to me this preference was a symbol of the wearer’s pride in his / her identity – a pride that had withstood the onslaught of homogenizing winds of globalization.
Costumes provide a first glimpse into the culture of a place and the view I was getting was a very pleasing one! But the views in the market did not prepare me for the costume feast that was to follow over the next few days at the Ladakh festival. The many ethnic groups of Ladakh – the Dards, the Chang-pas and the Mons showcased their dances, their sports and their unique traditional costumes.
Robes in yak wool and silk, capes in brocade and goatskin, woven scarves and shawls, silk and felt hats, embroidered pants, fine felt sashes with beads woven in, shoes with nambu & tigma tie & dye work, woven pangdens or aprons and jewelry accessories in red coral, white shell & blue turquoise, all came together in a harmonious fashion created centuries ago and mesmerized the beholders of the present day festival.
The most magnificent of these costume articles was the head-dress or the Perak. It is arguably the most attractive head-dress in the world to be worn by commoners. Weighing between 3 and 8 kg this ceremonial piece worn at all festivals is a symbol of marriage for a Ladakhi woman and is passed down as an heirloom from mother to daughter. 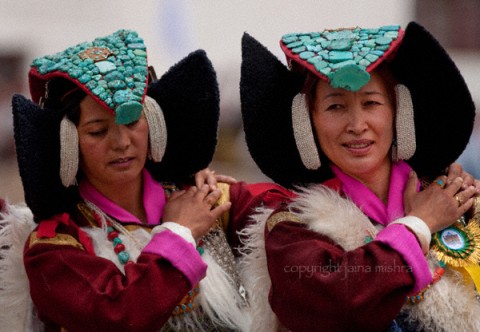 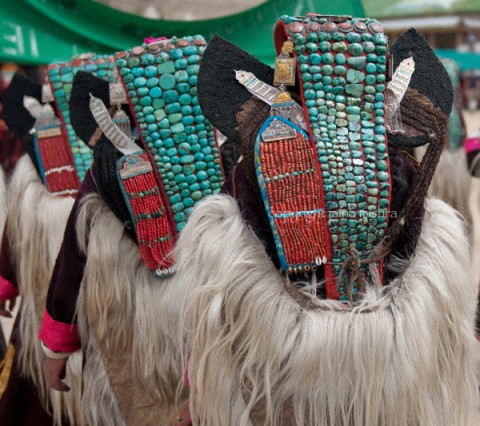 A few images of the complete costumes of the various ethnic groups:

The Dards and their sturdy costumes 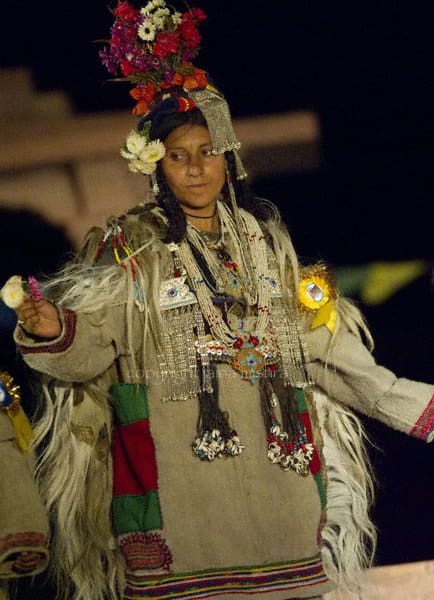 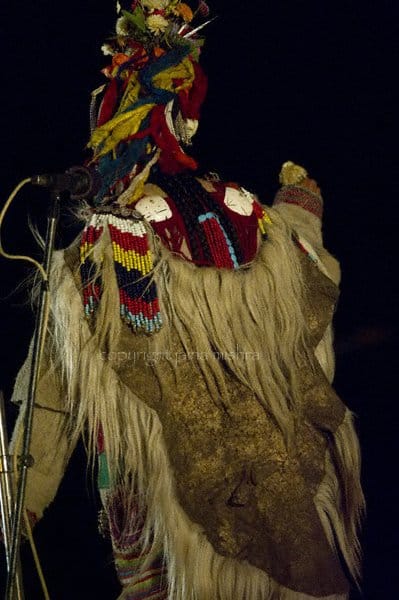 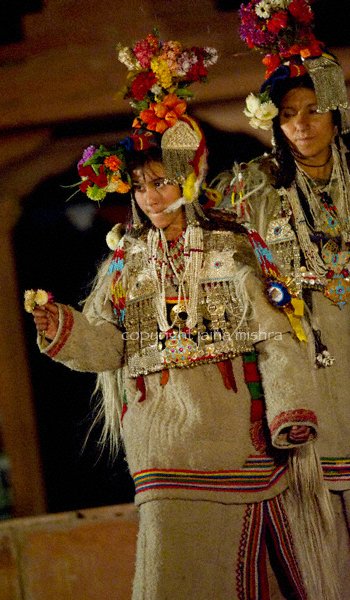 The Chang-pas or nomads and their rugged protective clothing 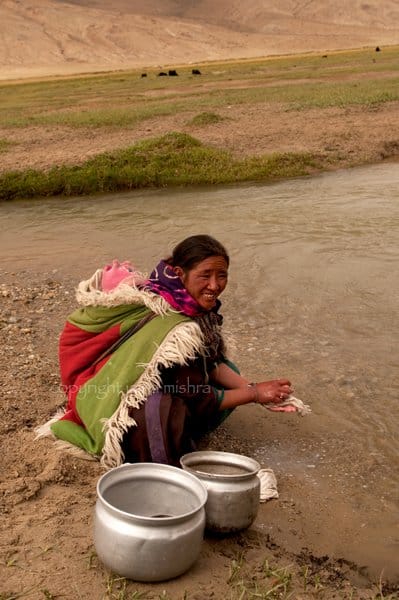 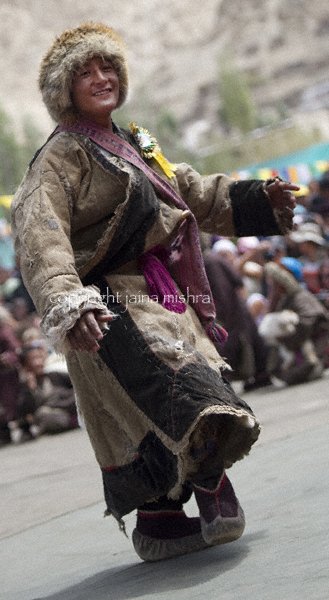 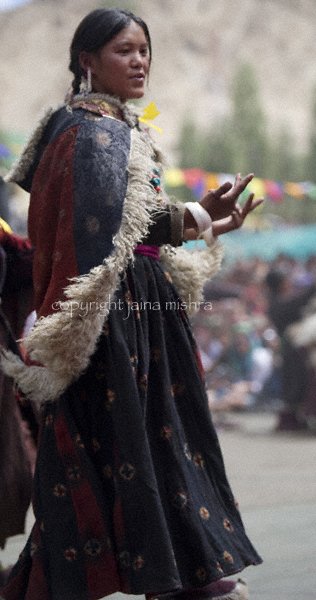 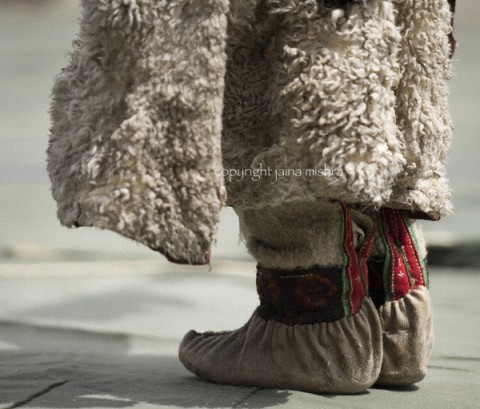 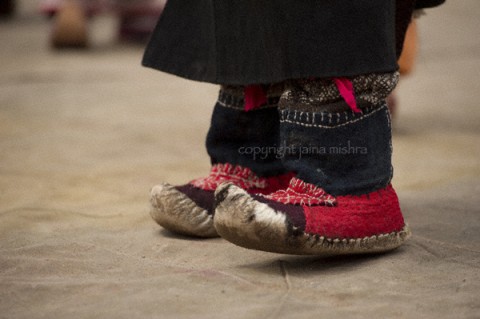 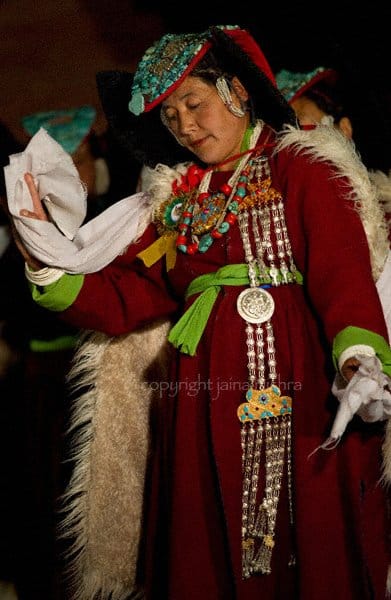 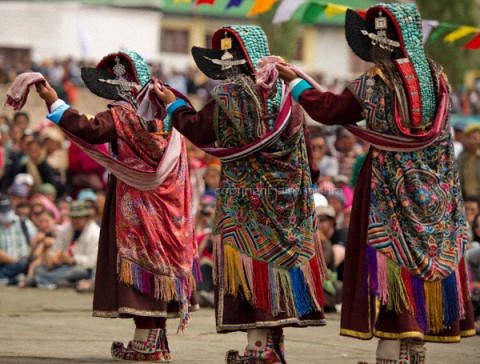 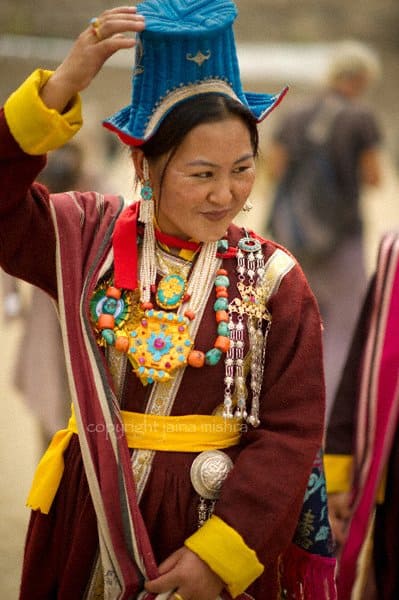 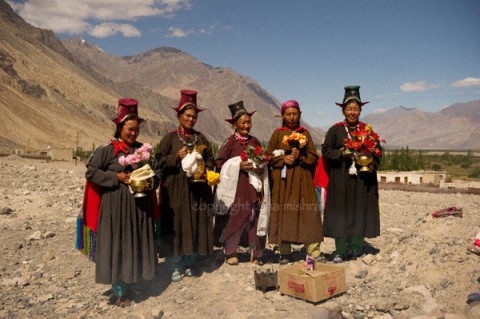 As can be seen below, men too enjoy a wardrobe with a wide spectrum of colors, weaves, styles and accessories. 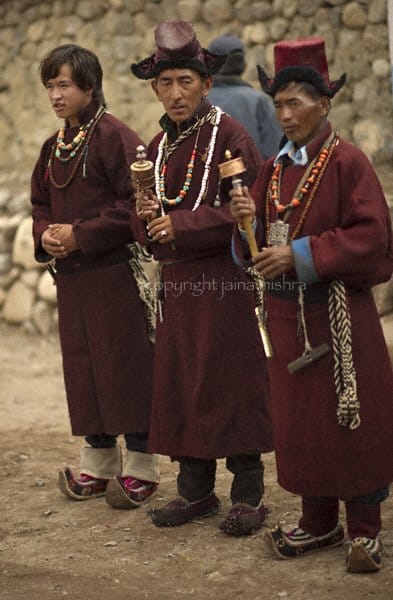 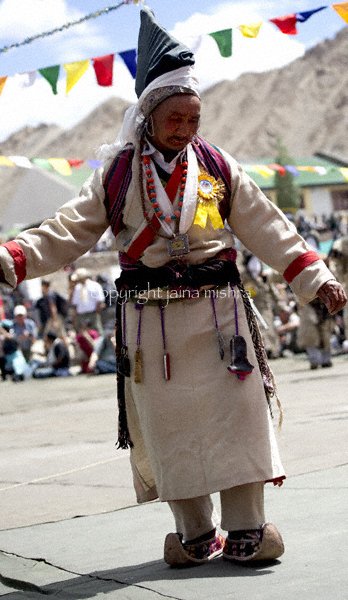 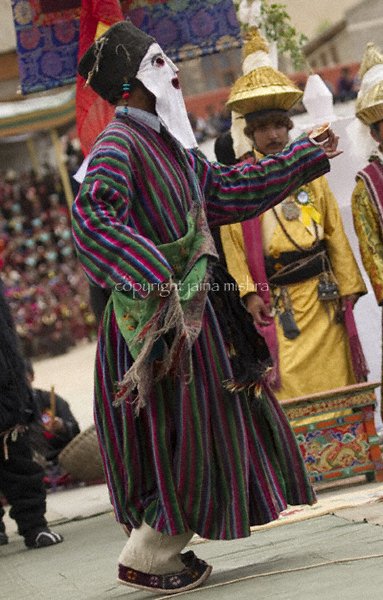 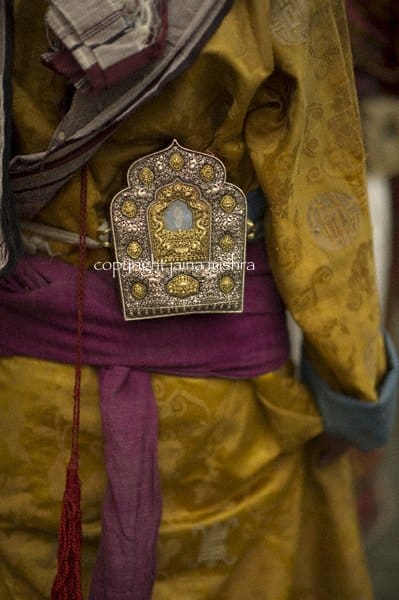 As stunning as the individual costume elements might be, the final embellishment that adds the regal aura to the costume is the dignified grace of the Ladakhi wearers, a quality that permeates all the aspects of their lives.

Ladakh was opened to the world in 1974 and has yet to find its space in the world of collectors and art lovers. One reason could be that its shared history with Tibet diffuses its own unique identity. Another reason could be the dearth of literature focusing on pure native Ladakhi costumes.

In 2012 Wovensouls will take on “The Blue Veil Project” to document the elements of the head-dress of Ladakh and is seeking support for the project.

Other non-textile travelogues on Ladakh can be found on wovensouls.wordpress.com