Washington, DC, in August, you say? Well, it all turned out very well. Planned and produced on a very short schedule, requiring Wendel Swan, who needed to be nearly omnipresent to put things together and bring it all off, the International Conference on Oriental Carpets was a real success. The hotel and dealers’ fair was in one place, four exhibitions were scattered about, the academic sessions were held one block from the Textile Museum, but it all worked. The conference sold out and the registrants, often critical of nearly any conference, gave ICOC 13, deservedly, good marks.

Registrants just made it to see “Unraveling Our Identities, Our Stories, the 100 piece exhibition with which the TM opened its new building on the George Washington, DC campus. In the same building where the academic sessions were held, Wendel Swan curated what seems to be, perhaps, the first exhibition entirely devoted to cushion covers. Swedish material (new to many) dominated, but there were Anatolian yastiks and Baluch balishts.

My eye was taken especially by a, gauche, pieced, 18th century Swedish piece. 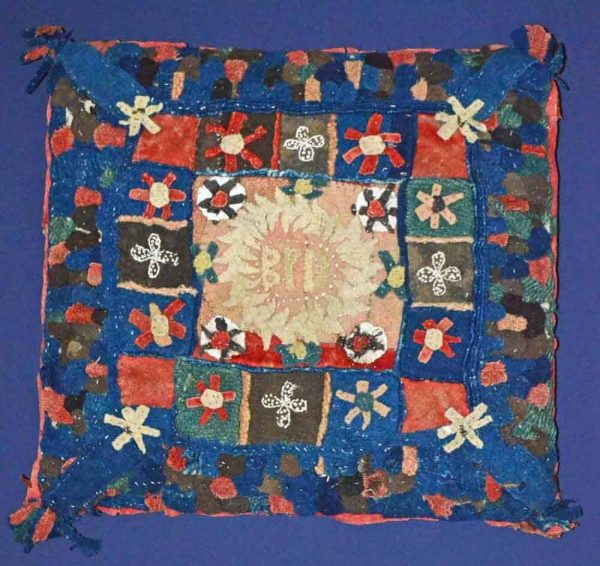 Wendel also curated a tightly-focused 17-piece exhibition on rugs and textiles with “niche” patterns. There was some very high-quality material in this little exhibition and I’ve had trouble choosing. I very much liked the sparseness and spaciousness of this little Karapinar piece, dated to 1800 (image below). 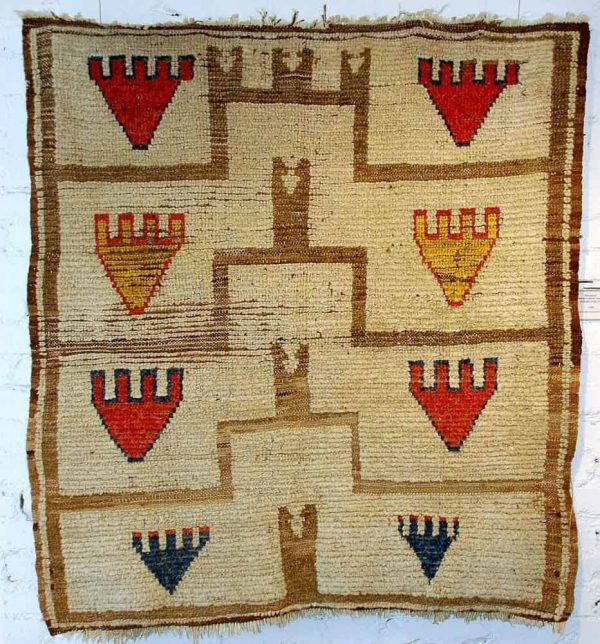 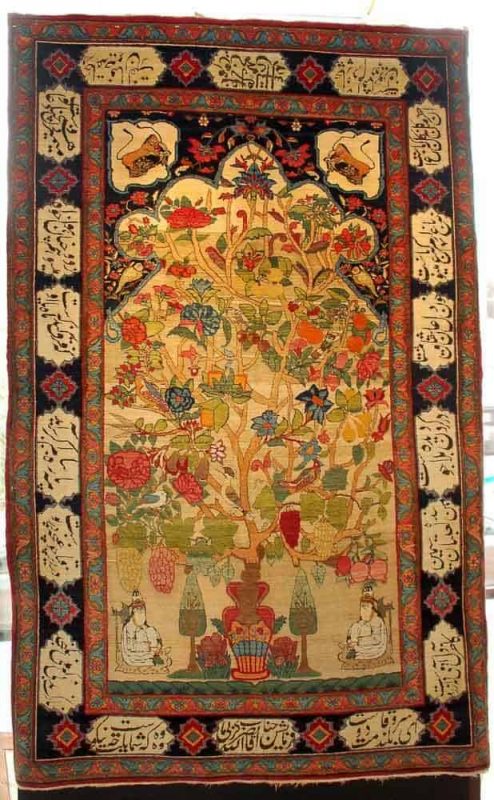 Its wide color spectrum is lovely, and I have said, frequently, I think it has the most effective minor borders I have seen on a rug.

Further up Wisconsin Ave., David Zahirpour had made his two street-level galleries available, and the local International Hajji Baba Society presented an exhibition of 60 pieces, from DC area collectors, curated by Austin Doyle and company. Such exhibitions are, necessarily, uneven but some very strong material was presented. I’ll highlight just a few.

The 18th century Caucasian embroidery would not be ignored. Its design devices appear in subsequent pile rugs. Seemingly perfect condition. 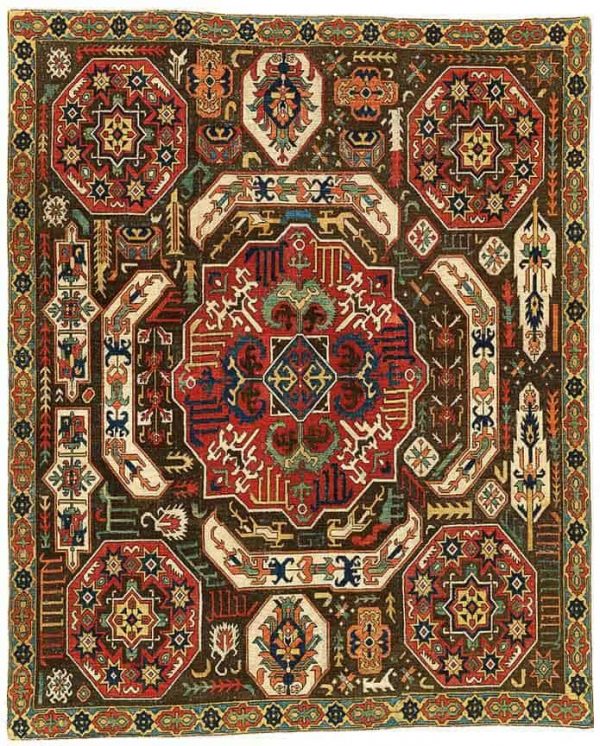 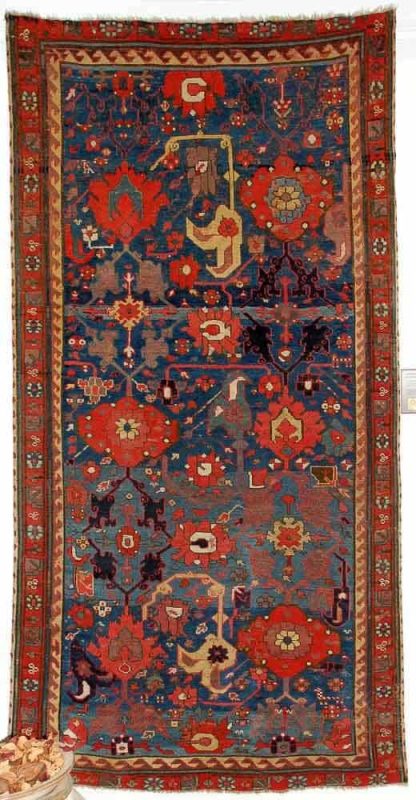 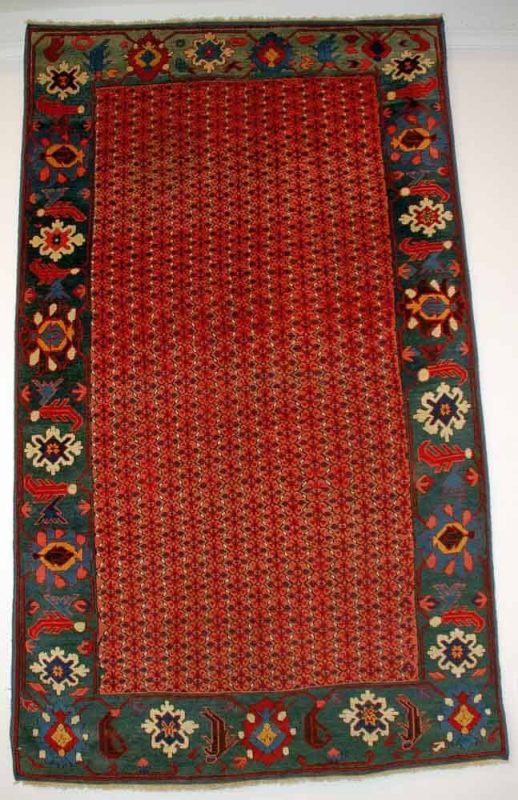 The striking Manistar kililm, with a niche design, is one of a small group that features a field containing amuletic motifs, surrounded by finger stripes. Published in “Manistar Kilims: In Search of a Trail.” 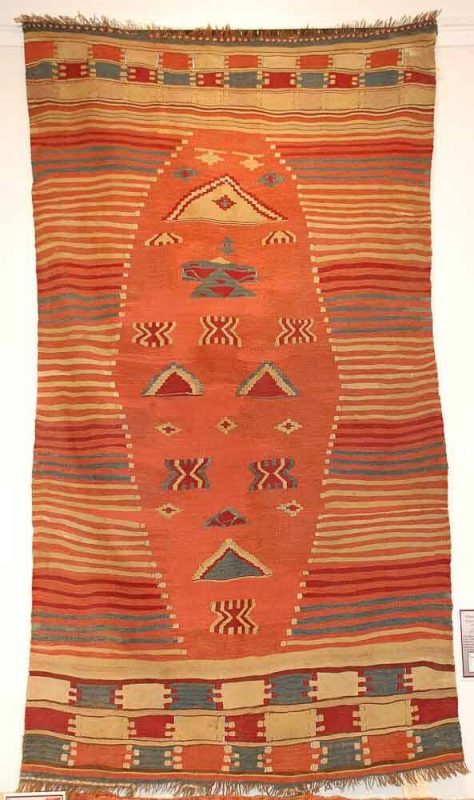 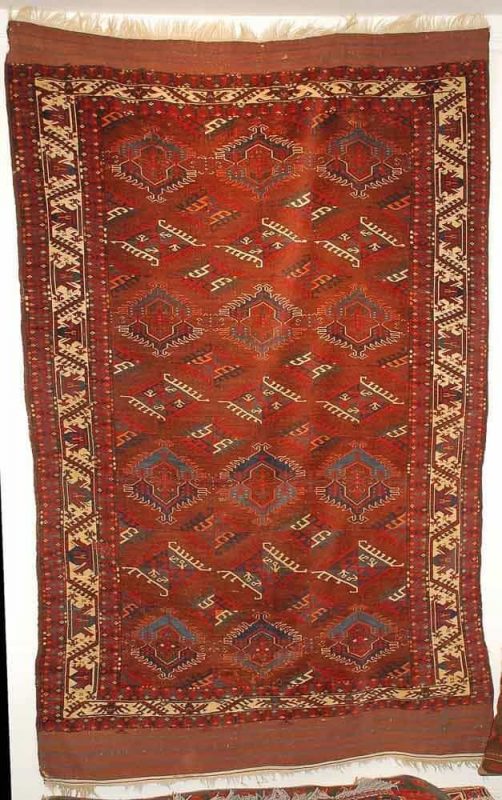 Another Kurdish rug, this time with a field that echoes “shrub designs.” 1860. Published in Jim Opie’s “Tribal Rugs.” 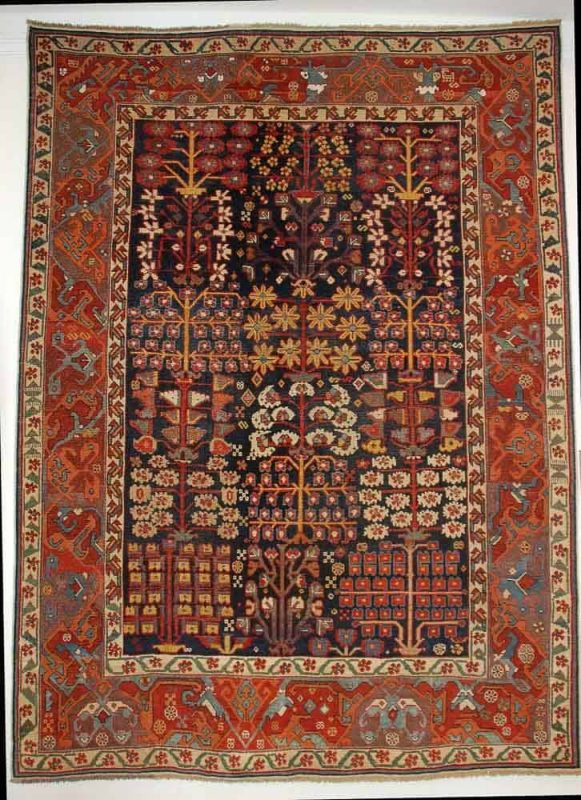 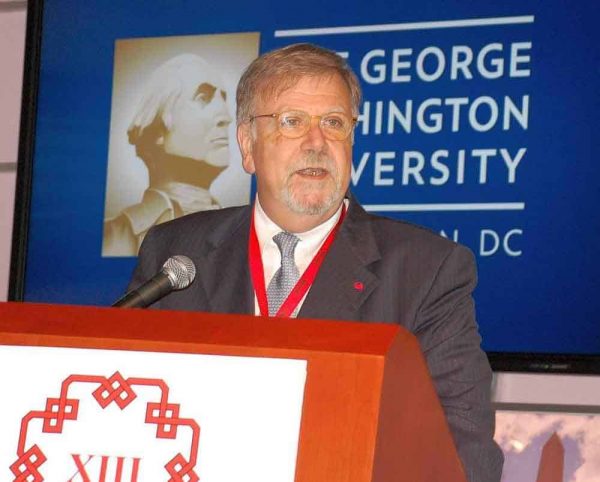 His overall theme was “New Trends in Carpet Studies.” The usual luminaries Walter Denny, Dennis Dodds, Elena Tsareva, Jim Ford and John Wertime were authoritative and sometimes provocative. Boralevi provided a useful look back at highlights of “Oriental Carpet Studies in the 21st Century.”
Bruce Baganz and Sumru Krody talked about how the TM’s move to the George Washington University community assured “sustainability” and provided new opportunities for study and research on oriental carpets.

Ben Evans captured Marshall and Marilyn Wolf in an interview in which he probed their collecting career that has produced a collection that currently stands at 5200 pieces.
Asli Samandova moderated a sequence that focused on “Carpets and Other Textiles in Contemporary Art.” In it, Anette Grunland showed how contemporary western artists are influencing carpet design.

The dealers’ fair held in the conference hotel drew 19 dealers from the international textile world and market. Ali Aydin, 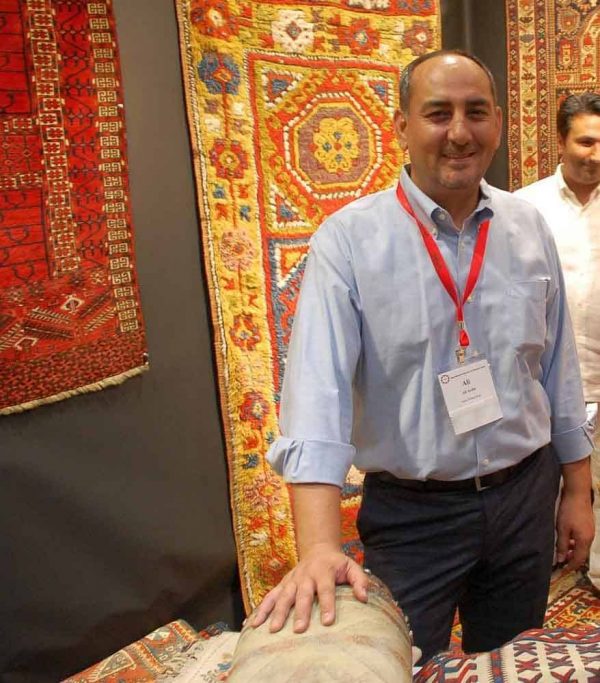 who had charge of organizing it, said that despite its somewhat remote location in the conference hotel, in general, dealers did OK.

Wendel Swan facilitated an ending “show and tell” with some mystery pieces. This was the first of this kind held in an ICOC conference. Some very strong, beautiful, and often puzzling, things were shown but, since I’m writing this, I’ll take advantage of my situation, to talk about one “mystery” piece I brought. 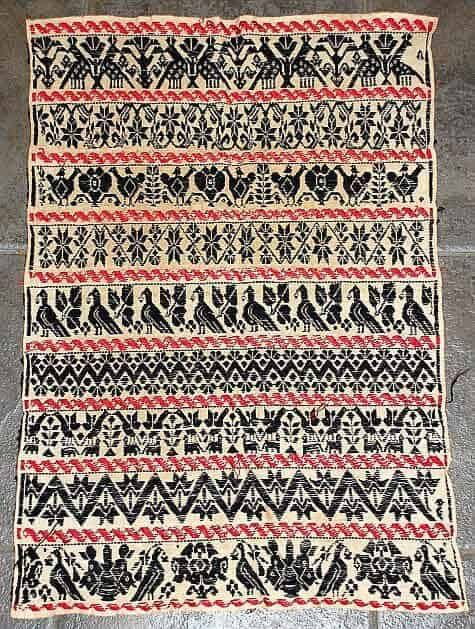 This is a small brocade, made with thread-like materials that stumped the experts. But we know, authoritatively, that it was woven on a back-strap loom in a mountainous area of central Mexico. The brocading is pretty good, something one expert called “astonishing,” since such looms are “just a bunch of sticks.” 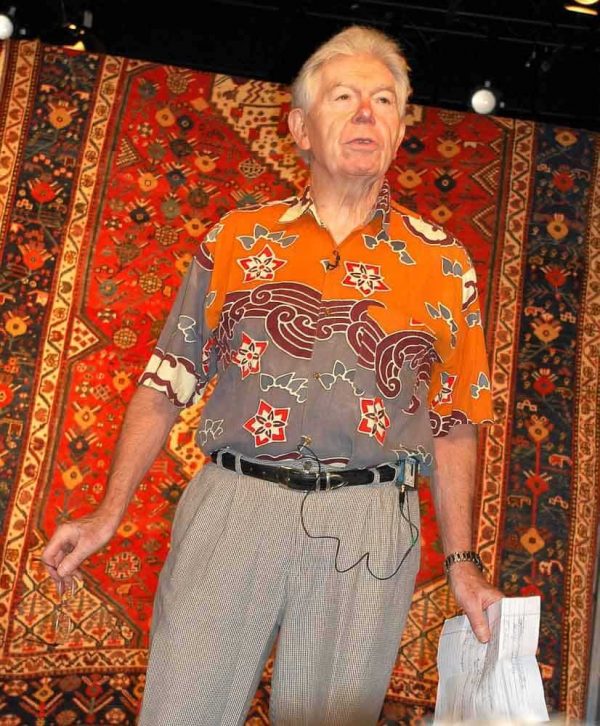 saying, that he hoped that everyone had enjoyed a conference had been produced with limited resources, and on a very short time line.
He is to be congratulated. He and his associates put on a conference that combined quality material, an interesting, informative, academic program, and a good time. There were smiles, all round, going out the door.