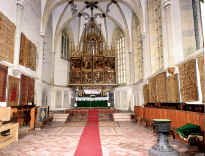 After the exhibition at the Museum of Islamic Kunst in Berlin (October 2006 – January 2007) and the one organized by Dr. Nazan Ölçer and Michael Franses at the Sakip Sabanci Museum in Istanbul (April-August 2007) I feel it’s time to return to Transylvania.

This time I have designed a tour which starts the 9th of May 2008 in Bucharest, crosses Transylvania and reaches Budapest allowing us to see almost 300 Ottoman rugs preserved in the Lutheran Churches and the Museums of the region.

We will also have a chance to became familiar with the Romanian flatwaves, the so called ‘scoartze’.

During the tour we will meet some very nice people and will visit some of the major attractions of the region: fortified churches, palaces, castles, medieval towns and uncontaminated nature.

The programme will be intense but well balanced, avoiding tiresome journeys. Hotels and restaurants have been chosen with particular care, in an attempt to escape globalisation. 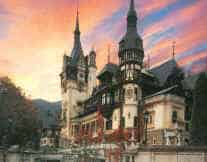 As on previous tours we will have the pleasure to be guided through the rug collections by Alberto Boralevi, whose knowledge of the Anatolian textile production is beyond question.